Beginners to the world of cigars may not realize that there’s an entire world of cigar smoking etiquette. There are several pitfalls you can avoid in front of more experienced smokers by learning just a few guidelines on enjoying your cigar, particularly as a small part in the larger picture of dinner etiquette.

Let’s start with some basics that are easy to remember. Hold your cigar between your thumb and index finger. Warm the end of it gently with a lighter then remove the band. Savor the cigar – this is not an experience to rush. The basic rule is smoking your cigar half way down then putting it in a tidy container. Avoid having another one for fifteen to thirty minutes. Overall that sounds pretty easy right? 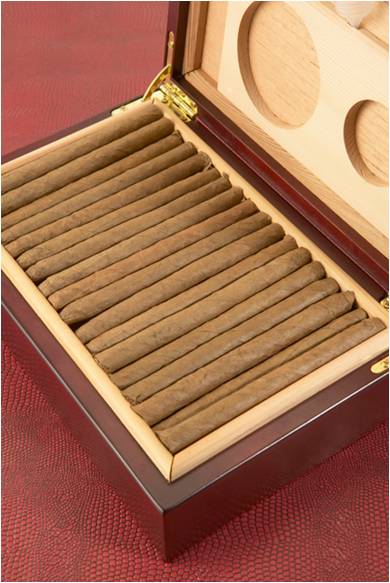 However, there are some common mistakes novices make. You don’t cut the end of the cigar, nor do you put the end directly into a fire. Instead, you place it near the flame, turning the cigar as if it were on a rotisserie, receiving even heating. In a few moments, it will start to burn naturally. Note that this isn’t an occasion for drama and flash. Cigars are somewhat intimate.

The best implement for lighting your cigar is a wooden mach. Aficionados prefer cedar. The residual flavor left from a lighter can completely destroy the flavor and aroma of a good cigar. Some of the higher end cigars get costly, so avoid marring them by using the wrong heating source.

If the cigar should go out while you’re smoking, leave it be if it’s over ½ gone. Should the cigar have more than that left, tap off the ash and turn it in your flame again. It will relight easily. Also, as you smoke avoid getting the mouth end of the cigar wet and never chew on it. The visual impact isn’t only poor cigar smoking etiquette, it’s simply unappealing as is dousing the cigar in a glass of brandy or crushing the fire out of a cigar in an ashtray. 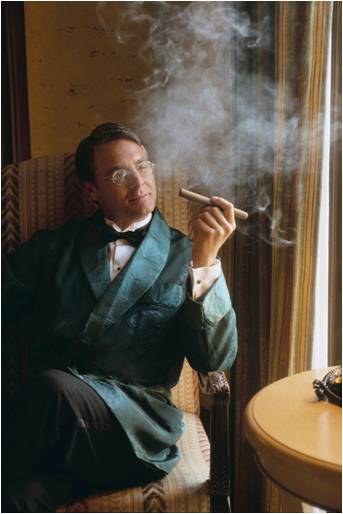 By the way, one of the best times to enjoy a cigar is after a delightful meal or when enjoying a nightcap with friends. Whisky and single malt scotch pair beautifully with cigars, but even this age old custom is somewhat misleading. Cigars from different parts of the world taste very different and unique. Just like a fine wine, pair them carefully with food and beverages until you find a combination that’s pleasant and surprising.

Finally cigar smoking etiquette has one hard and fast rule – do not smoke where it’s not allowed. There’s a reason for no-smoking signs. You do not know who around you may have allergies or other issues that smoke exasperates. A good cigar should be a pleasure for you and those in your company, not a discomfort. Remember that practical etiquette puts consideration and courtesy before all else.