Several "experts" have written that etiquette went out of vogue sometime between the "free love" 1960s and the "me" 1990s. Some have said that saying "please" and "thank you" was not sincere and forced because of the overhanging threat of a back-hand from a parent. Others have said that men were demeaning women because by holding the door, or giving up their seat, they were saying that women were weak in some way. I never really understood this logic. As has been pointed out previously, sincerity in action is paramount in acting on etiquette and manners. Contrived actions will be spotted in a minute and actually result in the opposite hoped for reaction ... gaining respect.

Even Google Trends, a software application that tracks keyword popularity, shows that since 2004 interest in topics related to etiquette and manners have been on a downward spiral (where the blue line is etiquette and the red line is manners).

Not a very good trend, especially if you are running a website on the topic;) Or is it ... Let’s think about this for a moment. Could it be that something that had been taken for granted previously may actually be a way to have you stand out in today’s society? Could something as holding a door for someone be held in high esteem by others? It seems to me that when one travels the road less taken because he feels it is the correct path, it is more likely to result in positive results.

What we are talking about here is simple courtesy. You remember courtesy, right? You know, "politeness; civility; urbanity; courtliness". I am not even sure what the last two mean, but how could a little politeness and civility hurt? In fact, it is even infectious. Just as we have tended away from being mannerly (i.e. courteous) because it was not a "popular thing to do", could a trend towards courtesy not just as easily stem the tide and turn it in the opposite direction. So, the importance of manners must be combined with sincerity (or courtesy). Then it is not a robotic response to avoid a backhand, but rather a heartfelt gesture showing respect for others. 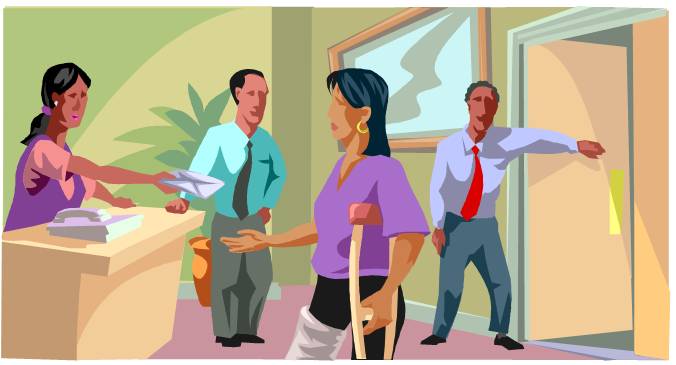 At first, when you get up on a crowded bus and offer your seat, or hold the door for another person, you may get that look as my dog gives me when I speak to her ... you know, the tilt of the head wondering what you are up to ... but I guarantee that when they realize you are being mannerly out of simple courtesy, you will be surprised at the positive reaction you receive. And now you and the other person, and likely anyone taking note of this simple act, will all walk away with a better feeling. And perhaps, maybe, they too will give it a try. That is the importance of manners. To make this world a little more tolerable for everyone. By doing the right things right, you are far more likely to affect others in a way that will result in them seeking to try the same thing. So, just as manners and etiquette went out of fashion, perhaps it can be brought back into fashion if enough of us do it for the right reason: To show respect for another person (and not the proverbial backhand).


Top of Importance of Manners